Vox
The hidden history of a Florida witch hunt.
Starting in the 1950s, a Florida state committee spent years stalking, intimidating, and outing hundreds of LGBTQ people. And they got away with it. Amid a national witch hunt for communists and an ascendant civil rights movement, a group of Florida politicians with a mission to preserve racial segregation in the state created a powerful group called the Florida Legislative Investigation Committee.
Commonly called the "Johns Committee" for the influential state senator Charley Johns who spearheaded it, the Committee went after civil rights activists by arguing they were backed by communists. But when those investigations failed, they turned to a new group to target: LGBTQ people. Today, over 50 years later, some Florida legislators are calling for the state to finally come to terms with this part of its history.
Note: The headline on this piece has been updated.
Previous headline: When Florida had a committee to terrorize gay people
In the Vox series Missing Chapter, Vox Senior Producer Ranjani Chakraborty revisits underreported and often overlooked moments from the past to give context to the present. Join her as she covers the histories that are often left out of our textbooks. Our first season tackles stories of racial injustice, political conflicts, even the hidden history of US medical experimentation.
Have an idea for a story that Ranjani should investigate for Missing Chapter? Send it to her via this form! bit.ly/2RhjxMy
Sign up for the Missing Chapter newsletter to stay up to date with the series: vox.com/missing-chapter
Explore the full Missing Chapter playlist, including episodes, a creator Q&A, and more! ismind.info/lastPLJ8cMiYb3G5fR2kt0L4Nihvel4pEDw9od.html
To learn more, check out some of our sources below:
Our DocumentCloud folder with the Florida state archives we used in the piece: www.documentcloud.org/search/projectid:46504-Florida-Legislative-Investigation-Committee
Judith Poucher’s book on the history of the Johns Committee, “State of Defiance:
Challenging the Johns Committee's Assault on Civil Liberties” - upf.com/book.asp?id=POUCH003
Stacy Braukman’s book on the history of the Johns Committee, “Communists and Perverts under the Palms” - upf.com/book.asp?id=BRAUK001
Karen L. Graves’ book on the Johns Committee’s purges of K-12 teachers, “And They Were Wonderful Teachers” - www.press.uillinois.edu/books/catalog/56bwz3ba9780252034381.html
Watch the documentary, “The Committee,” on the history of the Johns Committee: www.pbs.org/show/committee/
Check out the documentary “Behind Closed Doors,” on the history of the committee: www.behindcloseddoorsfilm.com/index2.htm
Read about the push for a state apology by Florida State Rep. Evan Jenne and State Sen. Lauren Book: www.tallahassee.com/story/news/2019/03/22/florida-lawmakers-push-apology-lives-ruined-johns-committee/3244097002/

Vox.com is a news website that helps you cut through the noise and understand what's really driving the events in the headlines. Check out www.vox.com.
Watch our full video catalog: goo.gl/IZONyE
Follow Vox on Facebook: goo.gl/U2g06o
Or Twitter: goo.gl/XFrZ5H
Lengd: 11:56

kmzan - 3 dögum síðan
It’s so sad how people have lost the opportunity of a young happy and peaceful life because unfair government rules and ideas, and still be so affected and traumatised in their grown-up lives. How monsters can a human be to feel power over others who didn’t have any guilt but just different taste and likes. And of course the racist idiotism... the biggest lack of intelligence of all times.

Ok - 3 dögum síðan
Land of free where we needed to be the part
W.C.S.
W White
C Christian
S Straight

Proconsul Scipio - 3 dögum síðan
To all those that believe nothing like Trump has ever existed, Joe McCarthy. And hopefully Trump dies as disregarded and alone as McCarthy did. My son is named after Dashiel Hammet who spent years in jail, destroying his health for the rest of his life, because he had the strength of character to not betray the confidence of his peers and friends.
American conservatism has always been built upon cowardice, lies and bullying the least powerful in society. And it always will be.

RhythmAddictedState - 3 dögum síðan
It's heart-breaking that this man has lived in fear for all these years, even to this day. I really hope he's happy or that he will find happiness eventually.

Return of the Queen - 4 dögum síðan
Nothing but a witch hunt! Disgusting

Phya Claveria - 4 dögum síðan
This is why freedom of the press exists.

Albus Dumbledork - 10 dögum síðan
I take issue with Rep. Evan Jenne's statement. Being a straight white man does not mean you're "kinda the one who needs to apologize," for the actions of individuals you were never affiliated with. You didn't do those things, nor did you knowingly allow it to happen. The idea that people anywhere need to apologize for events in which they had no direct or peripheral involvement is toxic postmodern garbage that needs to be dismissed as such.

Jav B - 12 dögum síðan
It wasn't all good back in the days....that's all bull I see nothing but hate.

Black Hole - 14 dögum síðan
It honestly baffles me how people can be so full of hate?

Jayvyn Sheppard - 17 dögum síðan
Like always they don't care. They don't really care about us.

Doug Summers - 17 dögum síðan
This has really touched my heart even though I did not live during that time.I myself have been a victim of severe discrimination, had a friend killed,lost a job, thrown out of housing,and denied the right to comfort my loved ones in hospitals,the times yes,they are a'changing but there is still a long way........to go ,never give up for love...

Thomas Moch - 23 dögum síðan
Thank you for sharing this vox!

Babeena_Gt _ - 28 dögum síðan
This is so sad. Just let people be who they want to be and let their higher power decide if it's wrong or right. Why do humans want to control other humans choices in life and how they live and feel happy 🤦🏽‍♀️🤦🏽‍♀️🤦🏽‍♀️

Asami from Wii Party - 29 dögum síðan
I LIVE IN THIS STATE. I never knew this 😢

Jennifer Buehler - Mánuði síðan
Heartbreaking and disgusting. Those on the committee can claim no moral superiority.

Kash Sattar - Mánuði síðan
America is littered with these kinds of stories from the day....the very first day they illegally stole the land from AMERICAN INDIANS.

Emily marrs - Mánuði síðan
This is absolutely disgusting and no one deserves this. I just want to give the old man a massive hug ❤

Rubi - Mánuði síðan
Are witch hunts like this the reason our country is in debt?

terrab1ter4 - Mánuði síðan
"They weren't very bright people, but they had tremendous power over others." - Politicians in a nutshell

KEVIN FRANCIS - Mánuði síðan
Why is Vox not scrutinising muslim countries like this?

Psyrorooo - Mánuði síðan
This proves that even in the past, LGBTQ members were disgusted in the community

VAIBHAV SRIVASTAVA - 22 klukkustundum síðan
So is it a good thing or bad. ... For someone sake . Become little human . Learn empathy. It will save cracks on your soul.

TaraTownsend - Mánuði síðan
"These investigators, interrogators, weren't very bright." Those sorts of people never have been and never will be, that is why they will always eventually shoot themselves in the foot - guaranteed.

Anna-Maria Blue - Mánuði síðan
I just need to know that Mr. Copleston turned out OK. Please tell me he was able to persevere and be happy despite all this. Like PLEASE VOX, I NEED TO KNOW

Person Without - Mánuði síðan
It makes sense that this would happen in Florida.

Cooper - Mánuði síðan
I feel very bad for the poor man who was interviewed.

Richard Philip - Mánuði síðan
Because of ancient bronze age fables from a distant land, what a ridiculous world we live in

Julie Poirier - 2 mánuðum síðan
Thank you so much for shedding light on this. This is awful, but so important not to forget.

Ah Dindu Nuffin - 2 mánuðum síðan
Socrates first trial/court for corrupting the youth of Athens is still at work very much today. History repeating herself every 50 years or less. Although I don't trust anything coming from Vox, it's not hard to understand opressed miniroties, even though I never was one.

jswaggart01 - 2 mánuðum síðan
Another chapter of America’s disgraceful past. If you can’t see the slogan “Make America Great Again” for what it really is, then shame on you.

Nicci Thatcher - 2 mánuðum síðan
I love Vox articles like these! Would you ever span out to places like Australia and cover stories in Australia around our racially charged history? I would love to have Australian history more accessible to the public and I love how Vox reports on issues.

peaceful Fury - 2 mánuðum síðan
This explains to me why it is so hard to tell the LGBTQ community about Yeshua and to expect to not receive the heavy lash back.

Mr.Dan714 - 2 mánuðum síðan
I read in a book on lgbtq America, that in this time frame, the government paid millions of tax payer money for the development of a "fruit machine" to find homosexuals... it never worked.

Kim Flynn - 2 mánuðum síðan
@ArtCollection Thankyou. It is empowering to know that through the years of continuous struggle that progress, though gradual, has been made. That despite the obstacle, it is worth the fight.

Flux Capacitor - 2 mánuðum síðan
Conservatives are always on the wrong side of history.

VAIBHAV SRIVASTAVA - 22 klukkustundum síðan
@American Patriot what good thing has USA has done in past without buring other thing ?... If you find one example it will be cool & I would learn something cool. No country is free of past & it's wars ... You accept , teach & hope not to repeat. That's why this alll exist.

Gothamite - 2 mánuðum síðan
The ending of the video with the words from the Florida Representative is just further proof that championing states rights is an often ridiculous concept that only serves to maintain harmful power structures. States having their own rights is an important concept I agree, but not when it is used for abuse like this.

His Majesty - 2 mánuðum síðan
Thank you for bringing this to light.

R Scott B - 2 mánuðum síðan
How about focusing on driving and looking at where you are going?

Star7Communicator - 2 mánuðum síðan
I really want to give that guy a hug. What an amazing individual.

Austin S - 2 mánuðum síðan
America isn’t without its flaws and mistakes. But America was and IS the greatest country in the world. If you don’t like it, then live elsewhere.

A D - Mánuði síðan
What are you measuring America’s greatness on?

Seance S - 2 mánuðum síðan
Austin S how did i contradict myself, its on the verge of being a good country but it never was a good country. America has a poor education system and its a bold assumption that im not american

Austin S - 2 mánuðum síðan
You actually managed to contradict yourself in your eight word response. Keep that intellect of yours out of America. 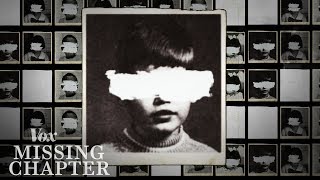 13:42
How the US stole thousands of Native American children
Áhorf 1,5 m.
Vox 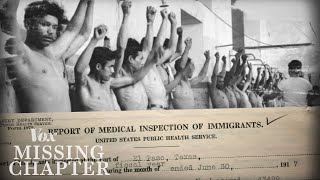 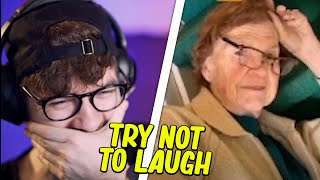 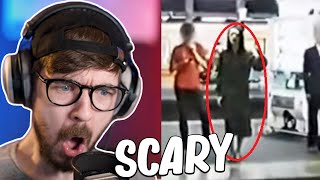 19:36
Reacting To The Scariest Videos On The Internet #2
Áhorf 1,9 m.
jacksepticeye